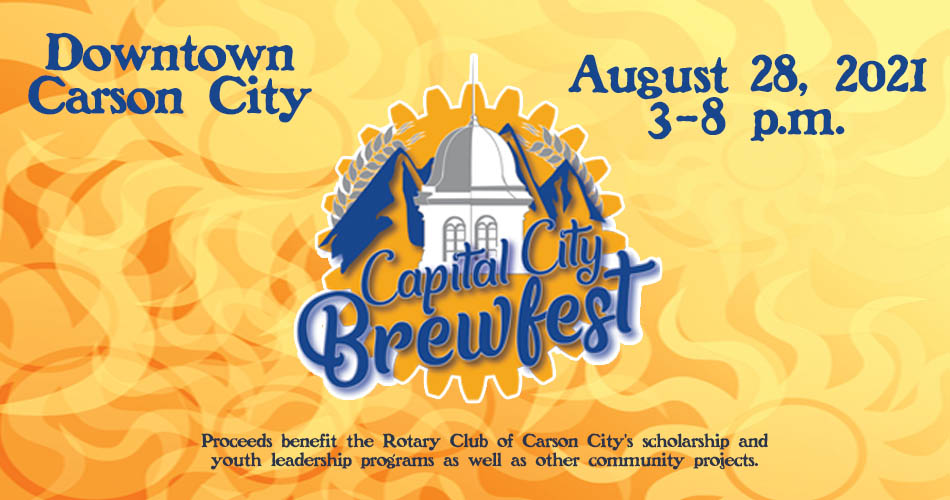 Get ready to say cheers! The Capital City Brewfest is returning to Downtown Carson City this summer.

This year’s event will take place August 28th from 3:00 to 8:00 P.M. After canceling last year due to COVID-19, organizers say they are confident this year’s festival will happen, just a little later than usual.

“Since there is uncertainty regarding when our community will be fully open to large events, we thought it best to hold the Capital City Brewfest later in August instead of June” said organizer Jim Gray. “Most people should have the opportunity to receive the vaccine by then and we are hoping that we are mostly over the threat of COVID 19.”

More than two dozen brewers and distillers are expected to line Curry Street, plus there will be live music in McFadden Plaza. Co-organizer Rich Perry says brewers are ready to get out again. “Craft Brewers and Distillers that we contacted are excited about returning to the Capital City Brewfest” he said. “If all goes as planned and restrictions for outside events are lifted, this could be the first big outside community event in downtown Carson in the past year!

The annual event is the primary fundraiser for the Rotary Club of Carson City. Money raised helps fund the organization’s scholarships and other community projects.

Tickets will go on sale in early summer.