Night in the City – Reno 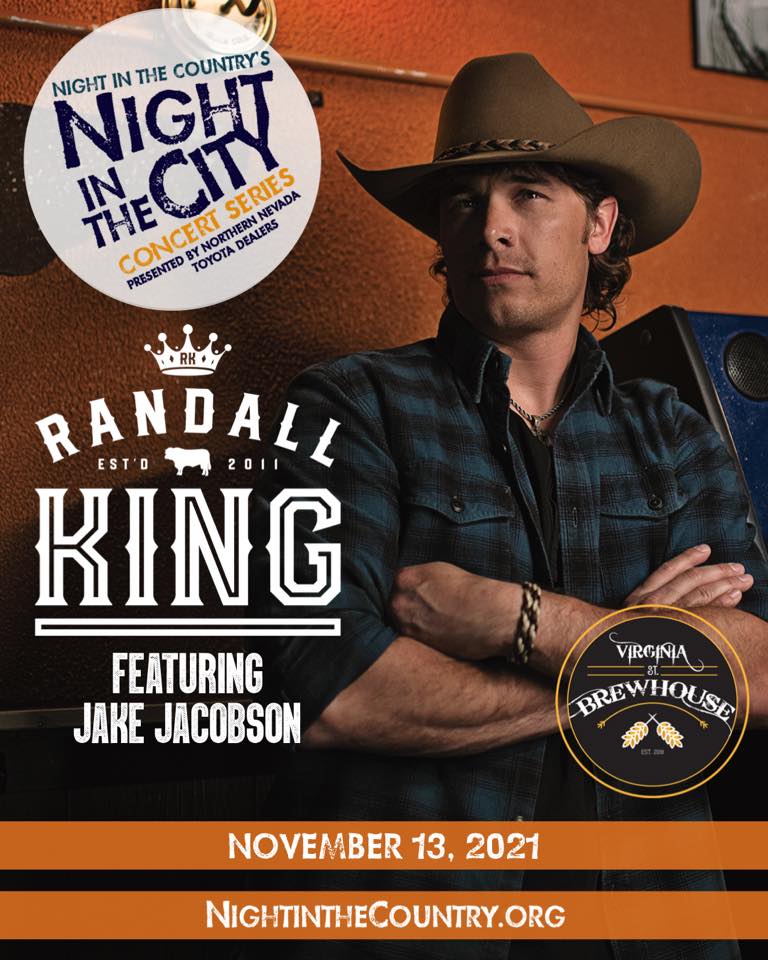 THE NIGHT IN THE CITY CONCERT SERIES IS BACK!

And it all kicks off this November with the artist Garth Brooks says, “is what country music is all about.” Randall King is one of country’s new crop of modern traditionalists with a sound steeped in the endless plains of West Texas. He’s taking the Virginia Street Brewhouse Stage Saturday, November 13th with opening act Jake Jacobson!

This is just the beginning of Night in the Country’s spotlight on country music at its roots. All year, we’re bringing Pure Country to the Biggest Little City. Stay tuned.

With Warner Music Nashville artist Randall King, what you see is what you get.

The wide-brimmed hat reveals his proud southern heritage. Piercing eyes flash the integrity he values above all else. Worn-in boots bare the scars of countless hours under the hot sun. And that easy smile hints at the soul of a Western poet.

Yes, what you see is what you get. And what you hear? Well, that works just the same. “It’s old school with a new flair,” King says simply.

One of country’s new crop of modern traditionalists, he’s never lived outside the endless plains of West Texas – and his sound is steeped in their timeless beauty, both gritty and graceful at the same time. Now produced by traditional torchbearers Bart Butler and Ryan Gore (Jon Pardi), King’s music captures that essence, showcasing a talent who’s never been afraid to be himself.