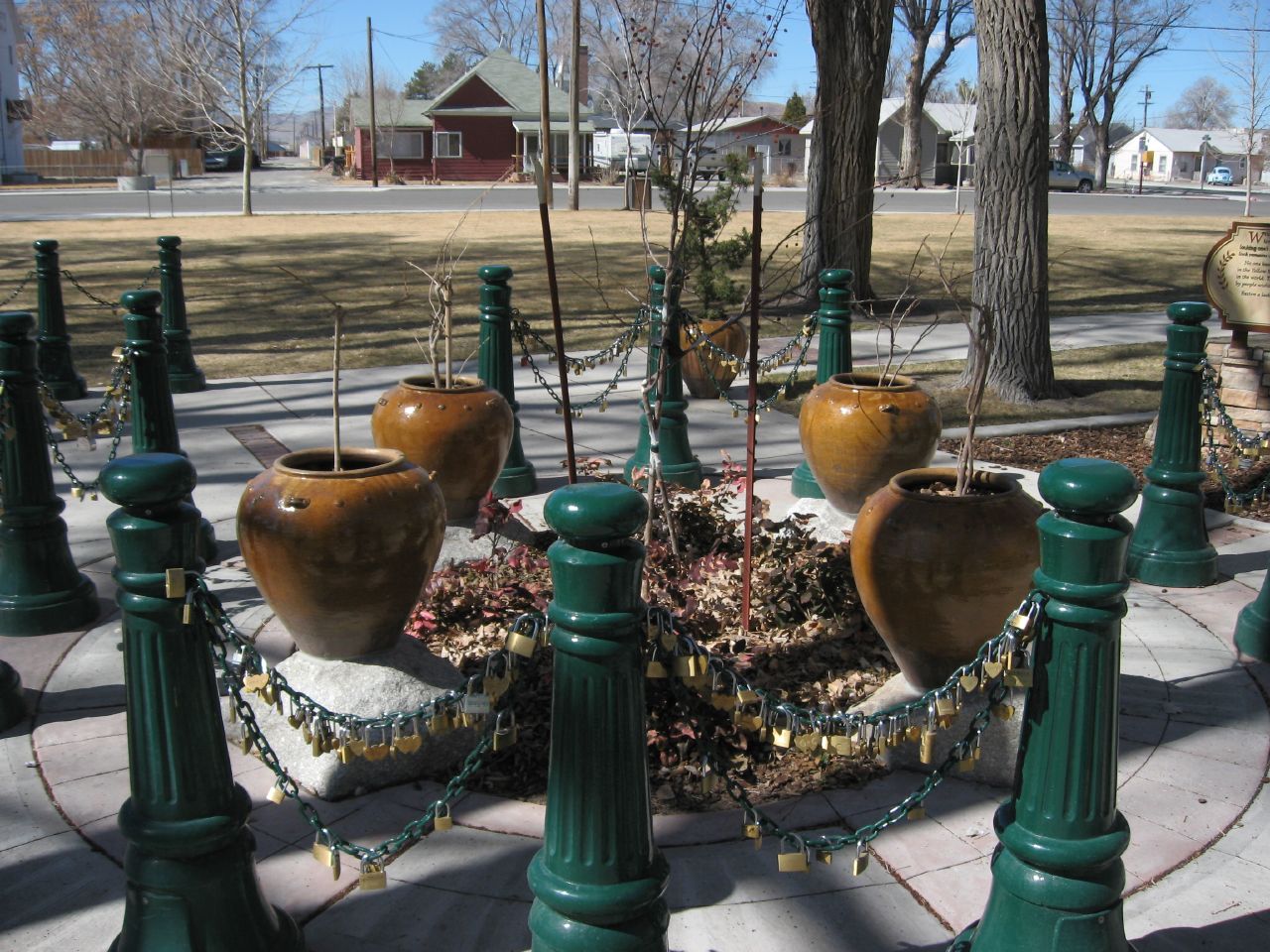 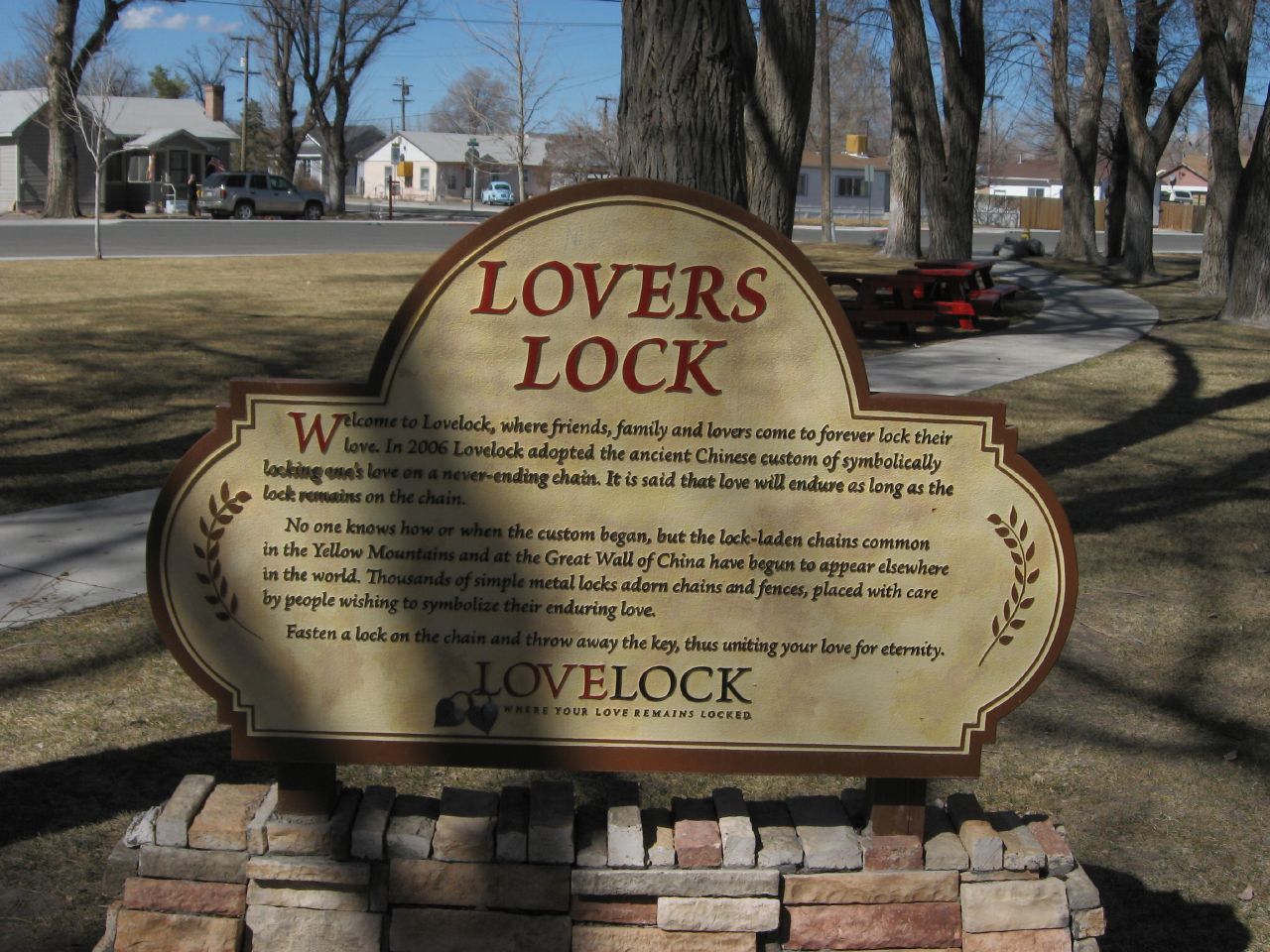 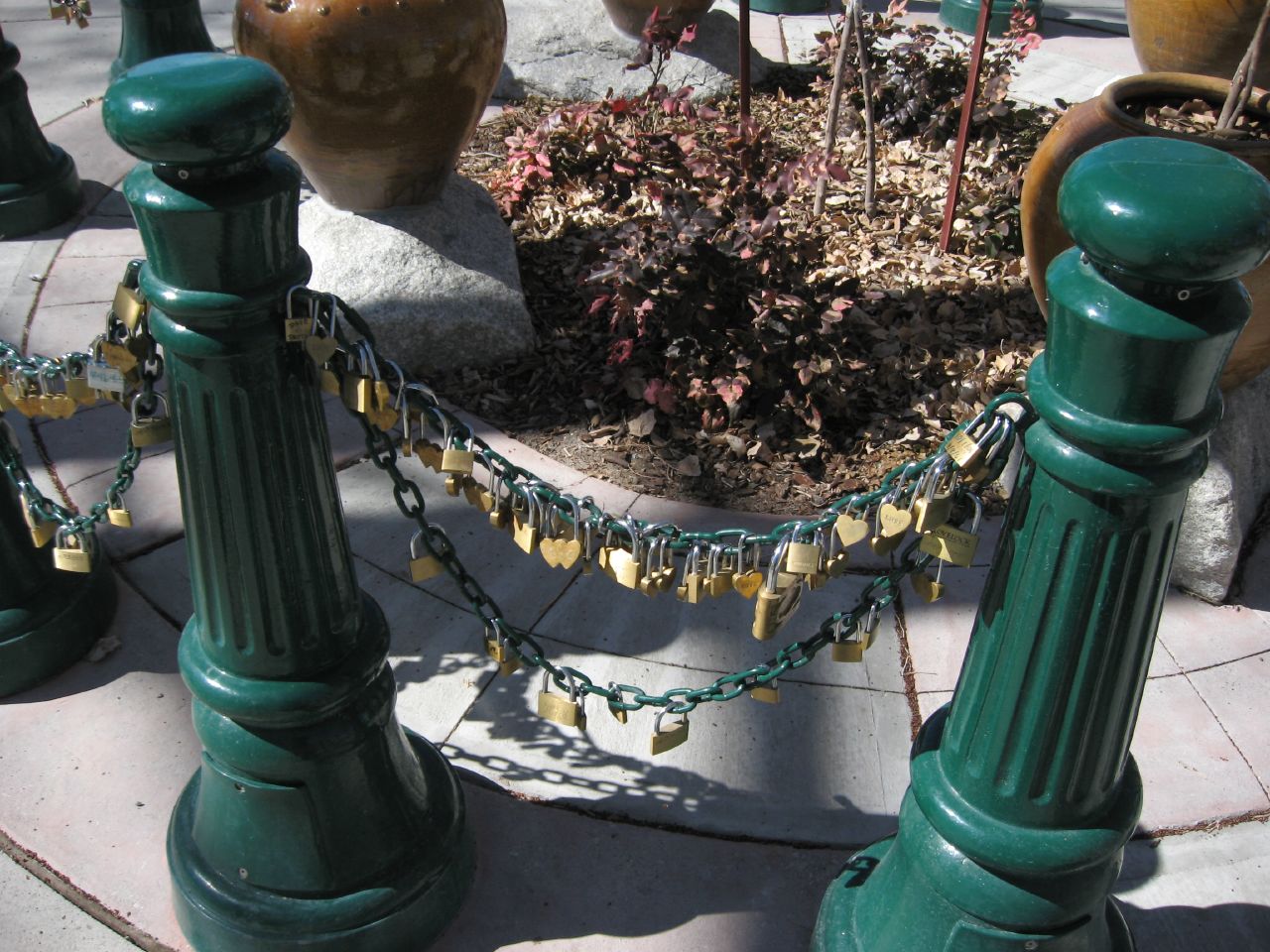 Behind Lovelock’s round Court House there is a small rose garden surrounded by cast-iron posts connected by chains. Secured to the chains are hundreds of small padlocks, each one representing the abiding affection of one human being for another. 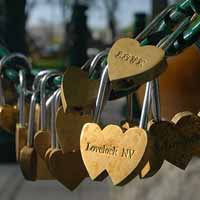 From the NevadaGram report of the Plaza dedication in 2006: “Blissful citizens formed lines while staffers from the Commission on Tourism inscribed their names on the shiny little heart-shaped padlocks, which were then clipped to the chain around the roses. One cheerful man inscribed the names of two women along with his on the padlock he clipped to the chain, while cynics from Elko and Winnemucca were inquiring about opening a lock-cutter franchise in the Court House basement.”