Introduction:
Nevada Territory was split off the west side of Utah Territory in 1861 and admitted to the Union as the 36th state in 1864. The Civil War was raging at that time, and by signing the Statehood documents on October 31, President Lincoln secured the gold and silver wealth of the Comstock Lode for the Union and two Republican votes in the Senate for himself.

By virtue of its relative isolation, largely contained within the Great Basin and with no rivers to the sea, Nevada developed slowly. As the mines slowed and failed, the population fell to fewer than 40,000 statewide, and by the turn of the 20th century there was talk of rescinding statehood for Nevada.

But new precious metals discoveries in the central and southern part of the state brought a new rush of energy and vitality that carried through the first decade of the new century. The men who had come to prominence and power left Tonopah, most of them migrating north to Reno, a few to the dusty little railroad town of Las Vegas, where there was talk of building a Dam across the Colorado River at Black Canyon.

Another dozen years and the dam was built, the largest man-made object on earth. Boulder City was designed and constructed as government housing for the work force and Las Vegas burst its boundaries as the volume of dam-related freight increased to a daily avalanche.

By then 24-hour casino gambling was legal, and divorces could be had in six weeks. Nevada was trying to codify its free and easy frontier attitude of “Live and Let Live”. World War II changed Nevada in many ways large and small, including the elevation of casino gambling into an industry. “Harolds Club or Bust” signs were planted all over the world with a big arrow pointing toward Reno, and Bugsy Seigel gave the Mob a beach-head in Las Vegas.

And suddenly the state that boasted of having “One Square Man for Every Square Mile” had a million people and growing, and Nevada slowly and reluctantly gave up most of its rough frontier ways, at least in the cities. Now two-thirds of the state’s population lives in the Las Vegas Valley, and most of the rest is concentrated in the Reno-Lake Tahoe-Carson City nexus. That leaves the great majority of the state as wide open spaces, which is just the way we like it.

Today Nevada is straining to reinvent itself in modern terms, showing promise in solar energy generation and experimenting with wind generation as well. It is still a small state in terms of population, but because of its maverick history it is still the most interesting state in America.

The Nevada State Flower is the sagebrush, and one of the official nick-names is “The Sagebrush State.” Others are “The Silver State” and “The Battle-Born State” (not much used now because the ‘battle’ was the Civil War, which most Nevadans managed to avoid). 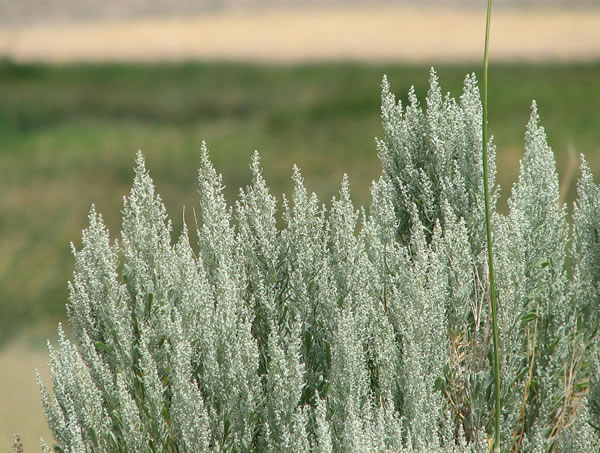 The Nevada State Motto is “All For Our Country.” Perhaps it should be “85% For Our Country” reflecting the percentage of the state’s 110,540 square miles still public land. Nevada was the 36th state to join the Union, admitted October 31, 1864 with the signature of Abraham Lincoln. 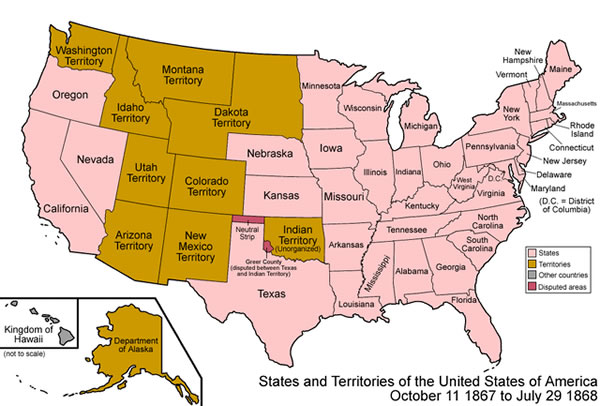 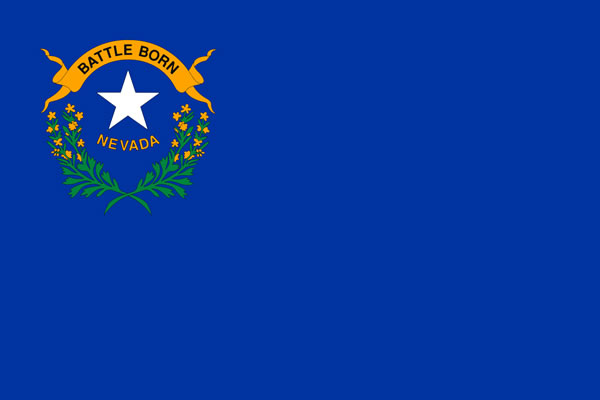 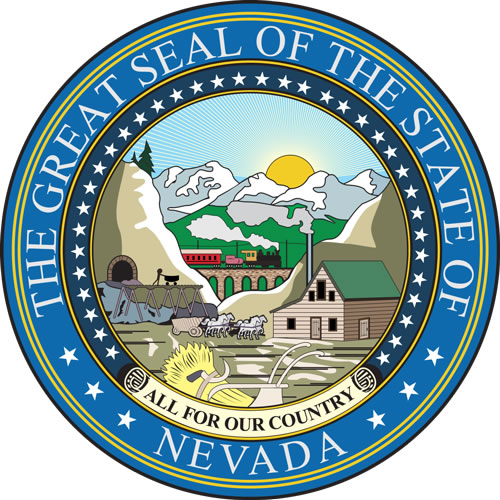 The Nevada State Song is a syncopated dirge by Bertha Raffetto entitled “Home Means Nevada”.
Bertha wrote about why she wrote the song and had been quoted as saying that “Writing ‘Home Means Nevada’ was the most rewarding experience of my life.” 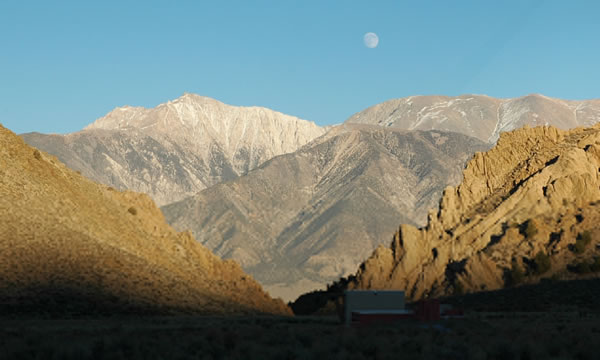 Nevada’s lowest point is South of Laughlin and is 470 feet above sea level on the Colorado River in southernmost Clark County. 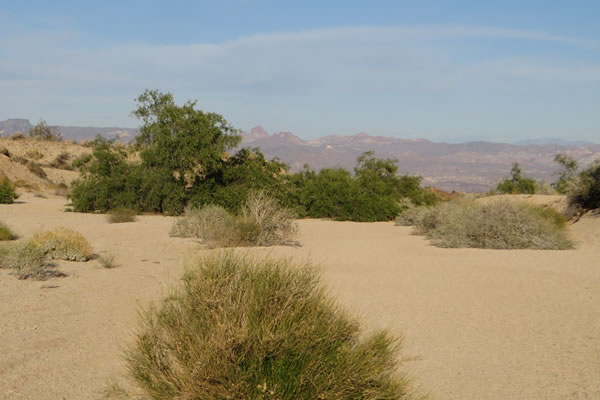 Nevada’s State Tree is the Single-leaf Pinyon Pine, a sapdrooling, potbellied runt that grows along with junipers across the Nevada landscape, like tufts in a rumpled bedspread. The pine nuts from the Pinyon Pine has been a staple harvest for indigenous tribes for thousands of years. 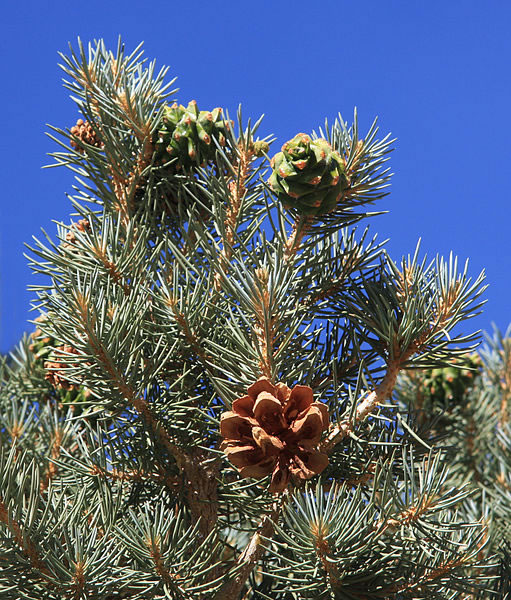 The gnarly barked ancients known as Bristlecone Pines have recently been added to the Nevada State Tree list. These trees are prevalent in White Mountains, Southern Nevada and scattered here and there in other Nevada mountain ranges. Bristlecone pines are the oldest known living tree. 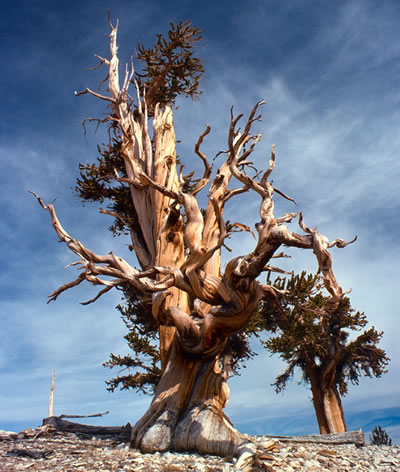 Nevada’s State Bird should be the Desert Canary (or jackass), but it isn’t. It’s the mountain bluebird, a chatty chirper with a white vest. 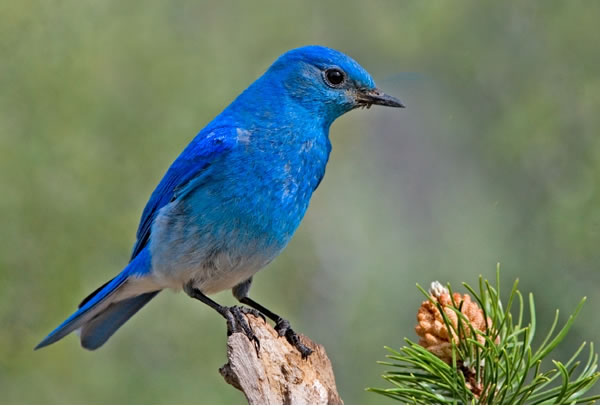 The Lahontan Cutthroat Trout (Salmo clarki henshawi), a native trout found in 14 of the State’s 17 counties, is adapted to habitats ranging from high mountain creeks and alpine lakes to warm, intermittent lowland streams and alkaline lakes where no other trout can live. The most common place to find this unique mountain fish is at Pyramid Lake in north western Nevada. 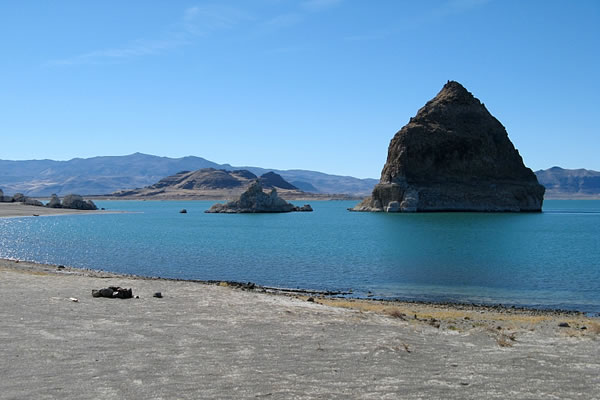 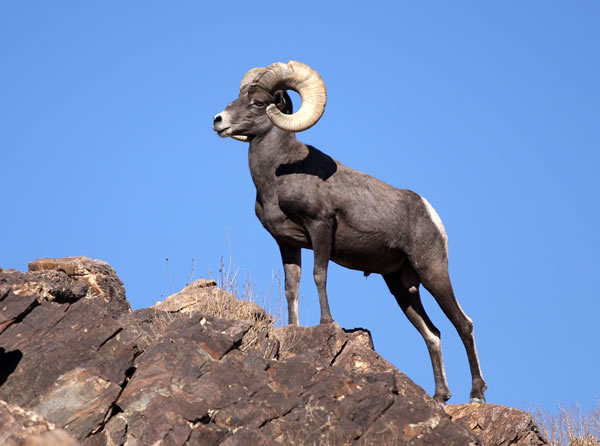 The Desert Bighorn Sheep (Ovis canadensis nelsoni) is smaller than its Rocky Mountain cousin, but has a wider spread of horns. The bighorn is well-suited for Nevada’s mountainous desert country because it can survive for long periods without water. The large rams stand about 4½ feet tall and can weigh as much as 175 pounds. 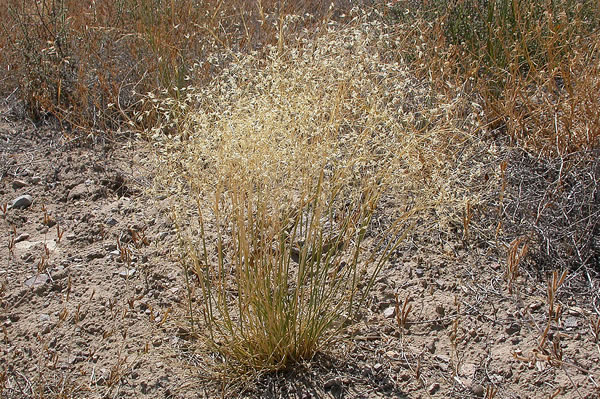 Indian Ricegrass (Oryzopsis hymenoides), once a staple food source for Nevada Indians, now provides valuable feed for wildlife and range livestock. This tough native grass, which is found throughout the State, is known for its ability to reseed and establish itself on sites damaged by fire or overgrazing.

Nevada’s State Fossil is the Ichthyosaur, a swimming hunger pang the size of a submarine whose bones have been unearthed and preserved on a central Nevada mountainside at Berlin, near Gabbs. 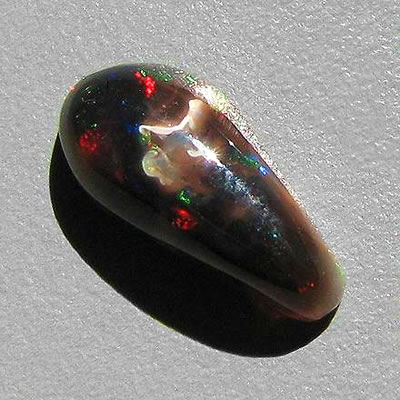 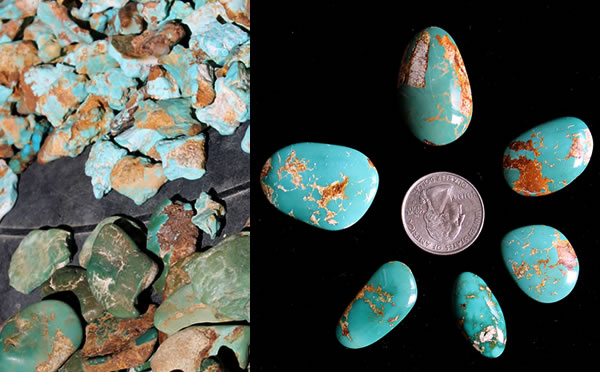 Sometimes called the “Jewel of the Desert,” Nevada Turquoise is found in many parts of the State. Lander, Eureka and Lyon counties are well known for Nevada turquoise although there are a great deal of other deposits throughout the Great Basin.