The history of Gold Point is unique in detail, familiar in outline: boom. bust, boom, bust, boom, bust, bust, bust. It began in the 1880s when a small and insubstantial camp briefly took shape a short distance west of the present townsite at a limestone outcrop called Lime Point. In 1902 silver was discovered nearby, and the old camp was revived and renamed Hornsilver, but it too was short-lived.

Then three years later the Great Western Mine Company began operations and by 1908 most of the tent homes were replaced by more permanent wooden structures, and businesses — including 13 saloons — appeared to serve a population of about 1,000. 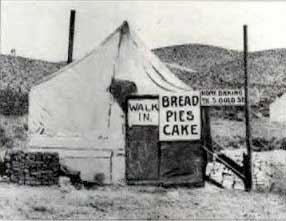 Then in 1927 gold was discovered in the silver mine and the suddenly affluent town’s name was changed to Gold Point. When World War II began, precious metals mining was stopped by Presidential order and when it resumed on a smaller scale afterward, it continued only into the 1960s. That should have been the end for Gold Point. 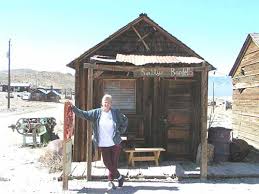 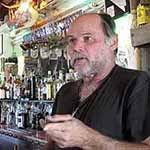 Sheriff Stone explains the rule at Gold Point Nevada: You can’t buy a drink! But in 1978 Herb Robbins and a friend happened upon the ramshackle old town, and before they drove away again they had bought three vacant lots. He and partner Walt Kremin have been buying and rehabilitating structures around town ever since. It’s been an expensive hobby, supported in part by Herb’s wallpapering of the hotels arising in Las Vegas, plus a rather miraculous string of slot machine jackpots, plus endless labor. 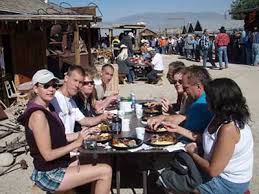 Herb, Walt and Red Dog Lil (aka Sandy Johnson) have brought the old town back to life as a unique visitor experience: an authentic early 20th century mining ghost.

Gold Point has never boasted anything as permanent as a brick or stone building; everything was built with pervious, flammable, impermanent wood. No frills — the real deal, as close as you can get to authentic dilapidation in our modern moment — it’s an amazing achievement! 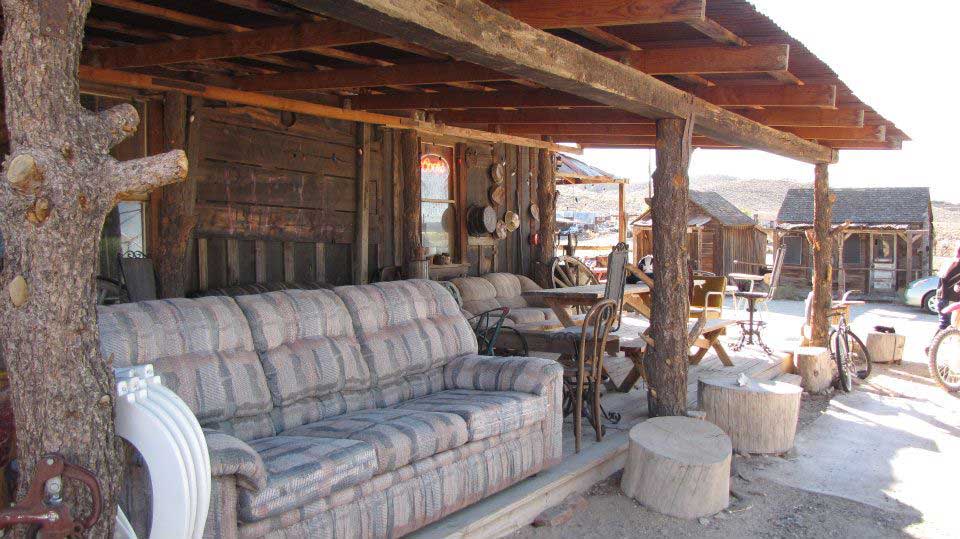 Overnight in a Ghost Town