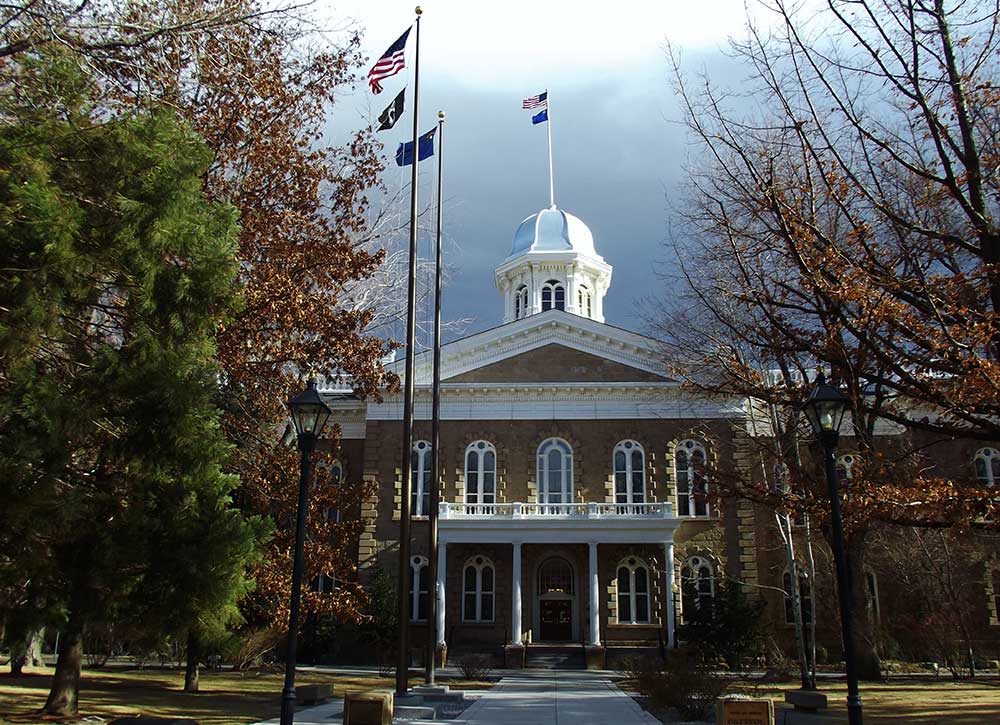 Rating only enabled on published listing

This solemn old sandstone monument to the 19th century has been earthquake-proofed and renovated throughout, but its Alaskan marbled halls are still decorated with elaborate friezes, and hung with the portraits of former governors, back to “Broadhorns” Bradley and James Nye, the Virginian whose loyalty to the Union (and help on the presidential campaign trail) Abraham Lincoln rewarded with the governorship of the Nevada Territory in 1861.

The present governor and other top state officials continue to do the state’s business here. The original Senate, Assembly and Supreme Court Chambers upstairs were rendered obsolete when the Legislature Building went up to the south and are most often used for exhibit space and are usually open to visitors without charge. The octagonal afterthought out the back door was added in 1906 to contain the State Library. The burst of economic and political activity at Tonopah prompted an expansion of state government and in 1913 wings were added on the north and south sides.