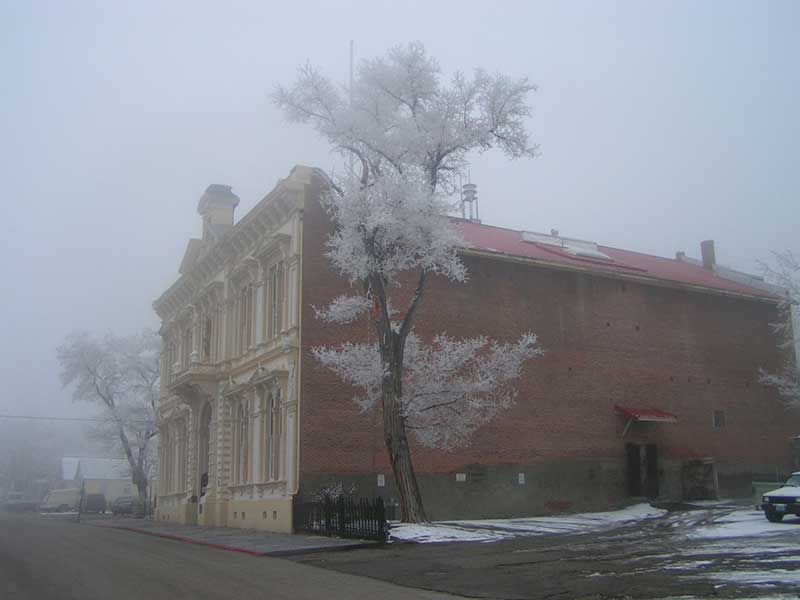 If you’ve never been to jail before, this is a good place to start. the Storey County Courthouse was built in 1876, after its predecessor went up in smoke in the Great Fire of 1875. The two-tiered cell blocks, in use until recently, have been converted  into a series of displays devoted to the history of this storied city. By the time you migrate through all the cells, you’ll have had the opportunity to think about spending time in one, a strong nudge toward the straight and narrow.

The startling lack of a blindfold on the statue Justice standing over the 10-foot-tall front doors. suggests that Justice here can be compromised. It must have been a special order, prompted by — what? No coherent explanation has ever been put forward, but local cynics suggest it’s a brag, an advertisement that wordlessly suggests tipping the scales.

The building houses many of the County offices, but the current jail is a short distance downhill on Route 342, and the Sheriff’s Office is on C Street.