Built in 1877 as Tuscarora approached its peak in gold production from its underground mines, this stone structure served the generations as a meeting place for civic and fraternal organizations and for serving liquor over the bar. 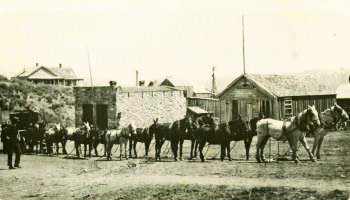 After the decline set in the middle 1890s, the population dwindled and the organizations they supported slowly disappeared from the community. It survived as the Tuscarora Tavern even as the population fell below 100, but eventually the shortage of customers and accumulating structural instability closed it for good.

In the early 1990s local resident John Fahnstock finally succeeded in buying the building after years of trying, and he rebuilt the western wall, which had failed; it’s thanks to him the building is still standing. A group of local citizens then formed a private non-profit organization, The Friends of Tuscarora and Independence Valley, and began raising $20,000 to purchase the building. 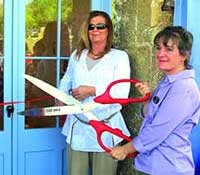 When that was accomplished the group gifted the property to Elko County, and applied for grant funding to complete its transformation from a crumbling ruin to a remarkable living artifact. With uncounted hours of local labor and donated materials it took 10 years to accomplish, but the transformation of the old building was completed in 2013 and its Grand Opening was celebrated in July along with the biannual Open Studios event that year. 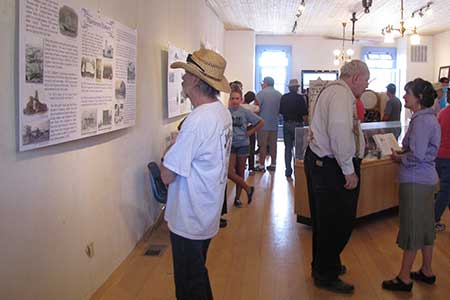 The Society Hall now serves its original function as a community meeting place and activity center, and also as a lively exhibit and celebration of the long and colorful history of Tuscarora and the Independence Valley. It is staffed by volunteers on summer weekends, and is the only public venue in town except for the Post Office.