Boulder City EventsAwaiting you in Boulder City
Anywhere else on the Nevada map, Boulder City would be a 5-star wonder. Between the mega-attractions of Las Vegas and Hoover Dam it sometimes goes unrecognized as the inviting city it is, built by the federal 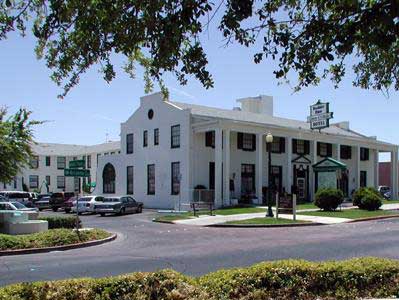 government to house the workers who built the great Dam, the first planned community built in the USA. After more than 80 years it still stands in such pronounced contrast to the higgledy-piggledy aspect of other Nevada towns that it seems an exotic flower indeed to have grown from the gritty desert soil.

To explore Boulder City, start at the center of town where you will be transported effortlessly to 1933 when the Boulder Dam Hotel was the most luxurious in Nevada. The upstairs rooms (each dedicated to a famous patron) have been refurbished for guests, and the restaurant adjoining the almost-exactly original lobby serves breakfast free to hotel guests and at modest cost to the public at large. 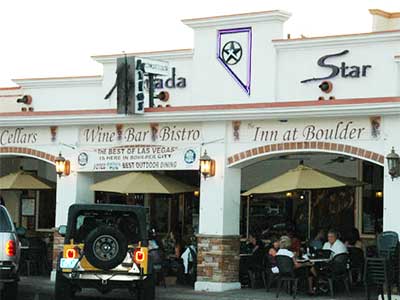 Boulder City’s downtown commerce is geared to Dam tourists and other travelers, with an emphasis on sidewalk cafes, antiques and art. The galleries display a variety of exceptional work and a half dozen downtown cafes put tables outside on the shaded

The Bootleg Canyon Zipline welcomes visitors who entertain themselves by gliding a mile and a half down the cables at speeds above 50 mph. The Nevada State Railroad Museum maintains locomotives and a postal coach on display and has an excellent gift shop; trains run on weekends, with special trains during holiday seasons. The 45-minute run proceeds west about three miles to just behind the Railroad Pass Casino. 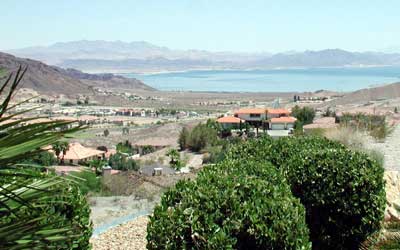 Hemenway Valley, to the north of the city proper along US 93, is a stunning architectural free-for-all of immense homes built with unrestrained exuberance, the 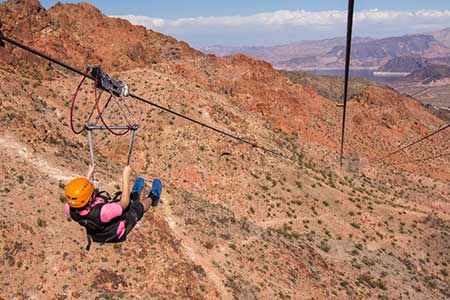 absolute antithesis to the trim and tidy government houses on the other side of the hill.

US 93 no longer crosses the Colorado over Hoover Dam into Arizona, and for security reasons the deep internal tours of the electrical generators are no longer offered. Instead, the road has been diverted to the south, where a spectacular arched bridge was built across the river far below. An Overlook has been created allowing nervy pedestrians to walk out to a magnificent view of the great dam and Lake Mead.