Founded late in 1868 at the eastern terminus of the Central Pacific Railroad’s Humboldt Division, Carlin grew quickly to accommodate the railroaders employed at the roundhouse and machine shops, and the crews manning the trains that rattled through in both directions. 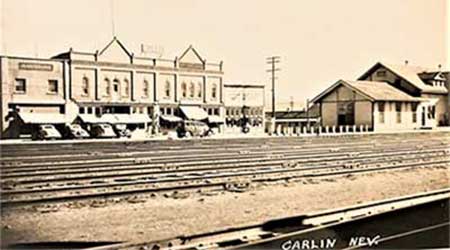 The business street at the south side of the tracks lengthened to include a hotel, a telegraph office and an express office along with two cafes, four stores and an indeterminate number of saloons. The railroad built a library and filled it with 1100 books, and the county built a jail. By the turn of the 20th century Carlin was a noisy, dirty little goiter of prosperity clinging to the iron rails, wholly the railroad’s child. 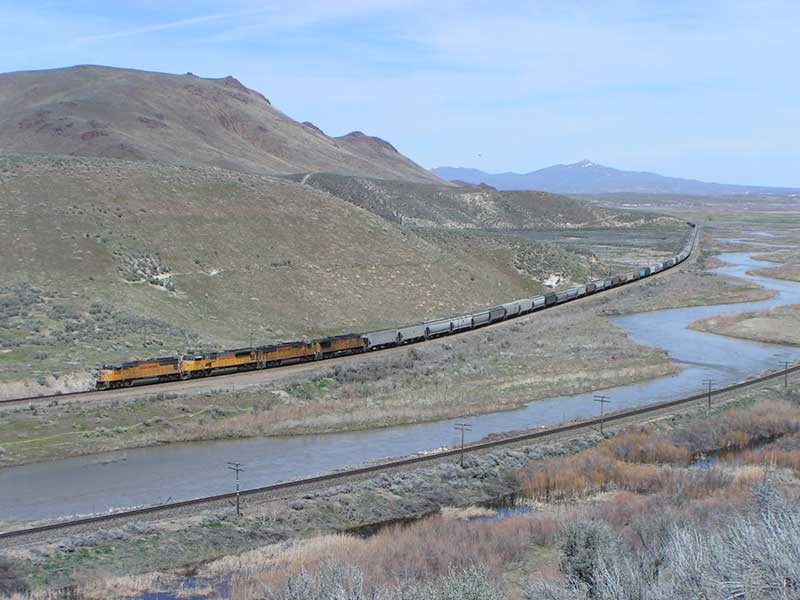 During five succeeding decades Carlin was subject to gentle, slow alternations of rise and decline in its municipal fortunes. In the early 1950s, however, those fortunes were cast violently down. Steam engines were replaced by diesel power, and Carlin’s maintenance shops were closed. Refrigerated cars meant the end of Carlin’s icing station. Families moved away. Carlin’s business district began creeping away from the railroad tracks and toward U.S. 40. Even the opening of the enormous Carlin Gold Mine by the Newmont Mining Company in 1965 did relatively little to restore Carlin’s old vitality, since so many of the workers employed at the mine and mill lived in Elko. 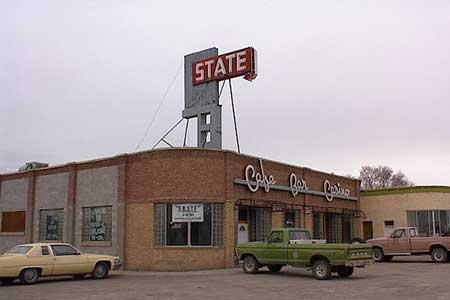 Carlin is an unromantic monument to all the railroad towns that fronted the Central Pacific across a thousand miles of western landscape, and even a brief pause here makes a fascinating detour from the freeway, although there are gaps now appearing in the line of structures.

To get across the tracks, drive south on Fourth Street. Once across all the tracks, turn left. A pedestrian walkway crosses above the switching yard, and provides an excellent view of the railroad activities that still account for most activity here.

It is an odd little town, lacking in any hint of the fantastic. Yet in January, 1889, the Carlin correspondent to the Elko Free Press wrote cheerfully about the ghost that shared the Carlin house into which she and her husband had just moved. “Sometimes he taps on the headboard of the bed. Other times he stalks across the kitchen floor, and he hammers away at the door but nobody is there. But the gayest capers of all are cut up in the cellar. There he holds high revels, and upsets the pickles and carries on generally.” 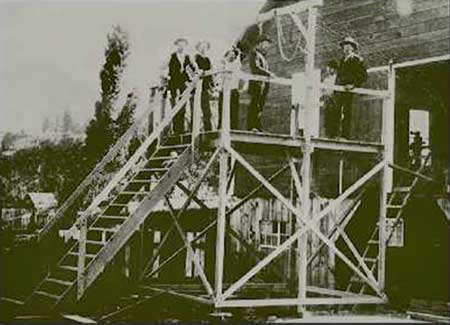 When the ghost persisted, the lady’s husband went into the cellar and probed the earthen floor and walls. Behind the pickle shelves he found a partially burned and dismembered corpse. The husband and wife who formerly occupied the house were eventually tried and convicted of murder. Their hanging, a gruesome affair in the back yard of the Elko County Court House, was the first legal execution of a woman in the Pacific region, and the only one so far in Nevada history. 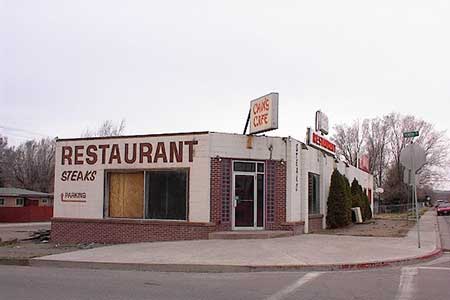 Carlin also provides convenient access to Palisade, once the connecting point with the Eureka and Palisade Railroad. Take Nevada Highway 278 south out of town; you’ll see the Palisade turnoff about ten miles along.

A new casino and hotel occupy the site of the old Gearjammer’s Cafe near the freeway offramp, and Chin’s Chinese Restaurant (left) is famous for miles around.